Architecture might not be the first thing you think of when you hear “Las Vegas”, but it’s a city that has a lot to say for itself. Apart from the Mid-Century Modern vibe that is a part of Vegas’s history, there are a lot of great examples of architectural movements throughout the city. You can find historic buildings in las Vegas paying homage to art deco and traditional styles, and the casinos themselves are testaments to cutting-edge style across many different eras. It really is the ultimate fusion of the past, present, and future all in one, so that’s how we’ll take a look at it!

We won’t be discussing the casinos themselves, but don’t forget to check out our article on Las Vegas’s Most Famous Casino Architecture for info on the Bellagio, New York, New York, and Luxor. Also, check out the Best things to do in Las Vegas that don’t involve casinos.

Las Vegas Architecture: The Past

The Supreme Court building is a wonderful piece of architecture, with stone carvings, a copper dome, and images from each of the 17 counties of Las Vegas etched into the eaves. Head out at sunset to catch the light shining off the dome.

The Mob Museum keeps a part of historic Las Vegas alive, with large windows, curved arches, and giant palms at the corners. It’s a beautiful building to stand and admire.

The Guardian Anger Cathedral was founded in 1963 and features a bold A-frame with a massive four-sided spire. The A-frame houses vast stained glass windows that can be seen from anywhere in the cathedral. 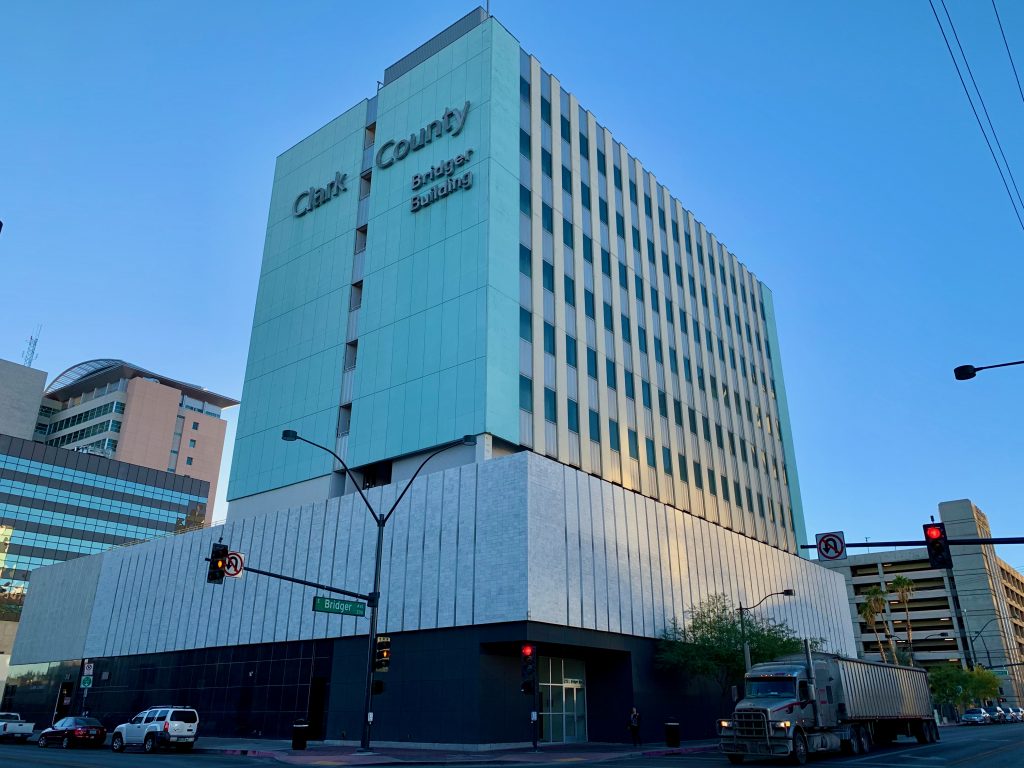 The Bridger Building was formerly a Clark County government office building and was turned into a warehouse space for nearby casinos. The exterior makes for a great eye-catching advertising space.

The Smith Center For the Performing Arts

The Smith Center was built in 2009, but its style and lines will bring you back to the 1920s with its Art Deco feeling. The property is five acres and is dazzling at night with its tall palms and exterior lighting.

The Veer towers look like something out of a futuristic Sci-Fi Movie, with twin 480-foot high towers tilting in opposite directions. These residential apartment buildings have more than 600 rooms, a considerable sky deck, and an infinity pool.

The Fashion Show Mall is located close to the Mirage and the Venetian and offers an outdoor shopping plaza. Its real claim to fame is that massive steel and concrete disc suspended between two posts, providing both shade and a projection surface at night. 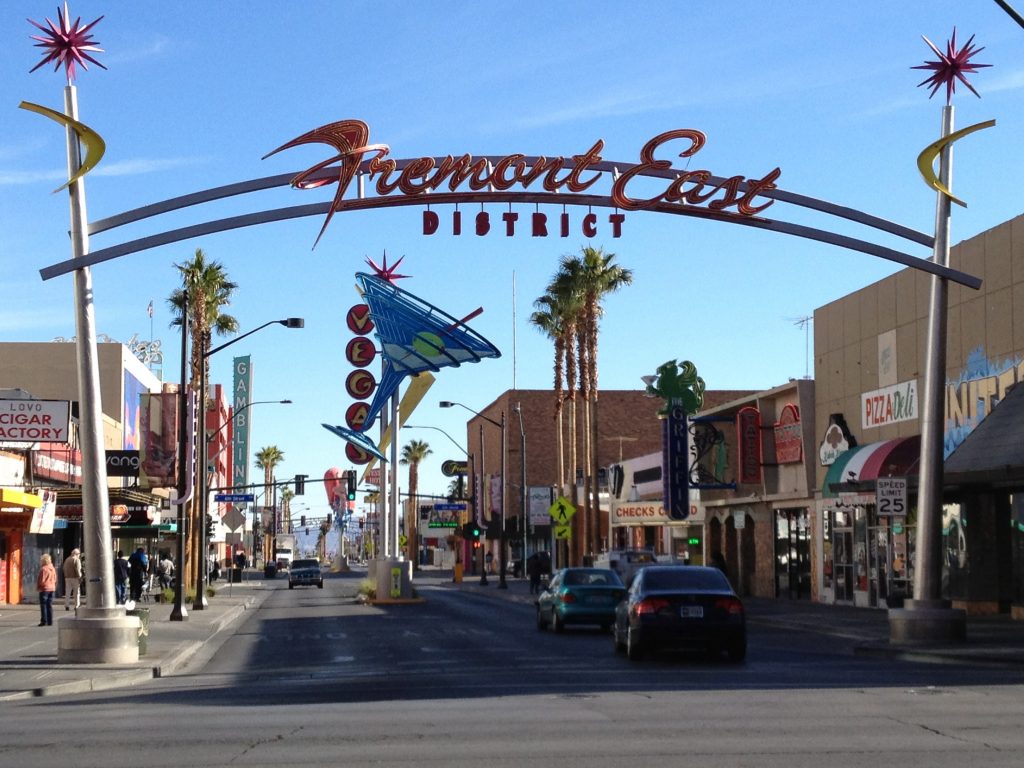